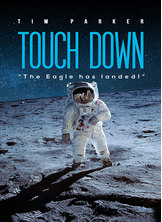 “The Eagle has landed!”

Touchdown of Apollo 11 had many unknowns for the first lunar landing. Dodging the craters and boulders on the moon to land on a firm surface without totally running out of fuel for the return to Earth was a breathtaking experience.

The author recounts his press briefing to the world's journalists prior to the 1969 launch at Cape Kennedy, followed by how he became an aerospace engineer. Building a suit to protect the astronauts from the unknowns encountered in the extremes of space and on the lunar surface was an ongoing challenge.

Details such as the effects of cosmic rays, thermal extremes and micro-meteoroids on the human body were addressed as they were discovered over the eight-year period following JFK's challenge. Key engineering changes to meet the new requirements for the space suit that had to be tested and implemented before each mission are described.

Applications of the new technologies, materials and processes developed in the space programs adapted to industrial and consumer products are also delineated.

The Three Kings and The Great Gates of Jumeirah

Is It A Ghost?

Clementine and her SUPER FOOD Friends

A Land Without War