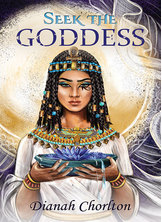 Defying the shifting sands of time, once again

Lovers will be re-united as 'soulmates'. A love story where the author weaves her audience back and forth along her personal path into two separate lifetimes, uncovering the wonders and heartaches experienced as two different identities. Yet similar characteristics begin to unfold as on-lookers are enticed to follow the steps of the present-day character Diane along her 'spiritual journey' of 'self-discovery' where all would be revealed to 'Why?'. Why was she being sent unexplained messages from unexplained sources, indicating that there was more to understand than just to exist? What was her life in the 20th century trying to tell her? Questions eventually answered once she experienced the magical event of her 'awakening', unveiling the truth about her 'past life' amidst the splendorous, 18th-dynasty empire of ancient Egypt's capital of Thebes…