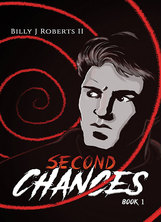 Mike Davis struggles to find himself after he was attacked in LA. The attack will set the stage for a major transformation in his life. While this transformation will significantly impact his life, it will set the stage for him to try to reform his relationship with a girl whom he cares deeply about. He will try to find out ways in which to salvage their relationship as he transforms into a different person both mentally and physically.

He will also struggle with his faith as he learns the martial arts. This story is about a person who works as an accountant, but after he is attacked by a gang, his life changes significantly. He will have to learn the art of living all over again. The change in him is both a positive and negative influence in his life. Mike will have to learn what is important to him as he seeks justice, both for him and those he cares about.

This book will also show that a person's faith can be tested and there can be a great struggle to find the right path to take. Mike will learn a lot in this struggle and he will grow both physically and spiritually. He will also have to choose between the girl whom he cares deeply about and a life of revenge.

This is the first book in a three-book series.