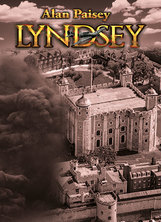 Lyndsey Pickford emulated the many stalwarts of old as well as those of contemporary times who set out for London to make their fortune. She was well educated and from a respectable family in the West Country. Breaking the ties of her schooling days, she first took a lowly job on banana ships plying their commercial trade from Bristol to the West Indies.

However, her heart had been pledged to London. As a member of the fair sex, she fancied her chances in taking up the recent opportunity of employment offered by the Metropolitan police during the1920s. She had been undoubtedly influenced by the Bluestocking Movement and the extension of the vote for women.

The time was ripe for her to do what she really wanted to do - exercise her love for logic in her job and defy the penalty placed on women who married in the newly introduced service in London.

But who could have predicted the perils, adventure, excitement and love that she would find on the way to that private fulfilment?