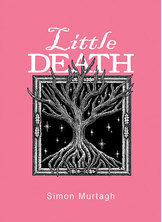 "What if she is not dead and she should remember who she is?"

The older man stopped, barely able to support his own frame at the mere idea, he placed a trembling hand on her shoulder,

"If that happens," he said, "pray she is not who we think she is." Who sends a seemingly mute child with a bomb as a gift for a tyrant? To what extremes will The Brotherhood, and the dreaded Sisters of Vengeance go in order to achieve their ends? Who are The Children of Summer? Will they decide the fate of the world, and everyone in it? Or will a mysterious girl known as Little Death?

Love and Wisdom: The Art of Appropriateness

Love and Music Volume One

Looking for the Key

Let's Search for the Rainbow

Life as We Know It

It Is So Blissful