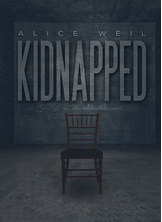 In 1990, Alice Weil was kidnapped in Colombia and held captive in a dark, windowless cell for 269 days.

She tells the story of how she found the resources hidden deep inside her to survive captivity without taking her own life, losing her sanity or developing Stockholm syndrome. Instead, she was able to remain calm and courageous, always being polite and making conversation to her captors and using her time in ways that she would later be able to draw upon her daily life. The story tells of how she realised that experience contributed to who she is today and upon her release, she was able to face her beloved father's passing, continue being a devoted mother and wife, and lead a normal, productive life.

She also learned that she was capable of closing the gap caused by the time she was not part of her family's life or the outside world.