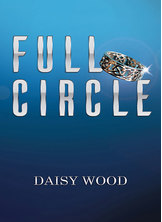 The year is 1786 and in the quiet countryside of Mere in Wiltshire sits 'The Willows'. It has been the family's home for three generations and Elizabeth Hamilton, the present owner; and her son, Stewart, lived alone until a cousin, Alexander, came when Stewart was 12.

For the last 21 years, the house has held a secret from the past which has been kept safely hidden even from Stewart.

Stewart Hamilton is impetuous by nature, saying of himself 'I have a hasty tongue', this being his downfall many times.

Only after Stewart marries are their lives turned into chaos, as it initiates a succession of vengeance against him and his family that lasts for over three years.

During that time, many secrets will be unveiled, some good, some life threatening, some life changing, but it is how they reveal themselves that transforms the lives of many people irrevocably…