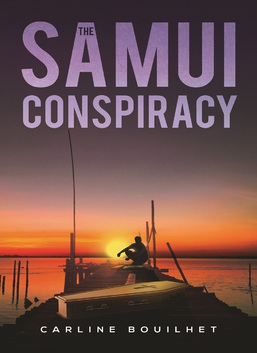 Under the limpid skies of a Parisian summer morning, the funeral takes place, closed casket and under locks. Shortly afterwards, Billy's three sisters begin to suffer from recurring visions.

The nightmares are eerily identical. In their dream, the coffin is empty and a ticking clock sits where their brother's head should have been. Convinced that their brother is still alive, calling out to them in their sleep, they put their lives on hold and go looking for answers in the Land of Smiles, in faraway Thailand.

Frog Leap Productions was Billy's last chance at a normal life. However, a fortuitous encounter in a Bangkok bar with a charismatic stranger and an enigmatic Eurasian beauty invite him to redeem the past and start over.

Will Billy come to accept the proposal designed to offer him a future or will he turn into another deadly pawn? When his sisters finally come looking for him, they are all too soon drawn into a web of murder and intrigue where the disappearance of foreign nationals lies at the heart of an international smuggling ring for the new and hip party drug, Infinity. Will they follow the unfathomable clues or decide to let bygones be bygones?