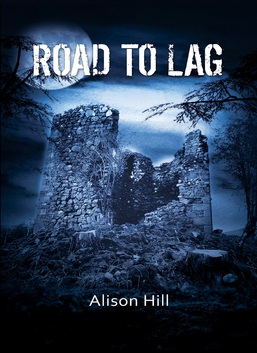 Robyn is a high-flying businesswoman whose life revolves around her career. She is made to take a holiday by her boss, and sticking a pin in a map, she finds herself in Dumfries and Galloway on the borders of Scotland. She books into Abbots Tower, a very old hotel with a varied history.

Situated near to the hotel are the remains of Lag Tower, the once home to Sir Robert Grierson of Lag, a brutal and evil persecutor of the Covenanters in the 17th century. His spirit was imprisoned by his old adversary, Alexander Peden, centuries before, but now he has been released and the death toll grows.

As a child, Robyn could see ghosts, and that gift is reignited when she arrives at Abbots Tower. She relives some of Lag's most heinous crimes through dreams and begins to realise he is behind what is happening at the hotel. She falls in love with Mike, part owner of Abbots Tower, and wants to help him save the hotel.

With the aid of the ghost of Prophet Peden and her new friends, Robyn sets out to destroy Lag before he can harm anyone else.