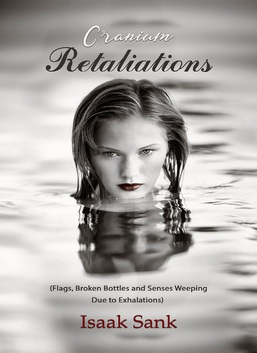 (Flags, Broken Bottles and Senses Weeping Due to Exhalations)

The Flags represent some of the icons that made the human history and their values are still alive to this day.

The Broken Bottles represent the misadventures, obstacles and sad facts that can pop during a lifetime.

The image of Senses Weeping represent all kinds of emotions generated by the first two, love on top of all.

* The action of returning a military attack, counter-attack. "The bombings are believed to be in retaliation for the trial of 15 suspects."

* The action of harming someone because they have harmed oneself, revenge. "She rejected as preposterous any suggestion that she had acted in retaliation." CRANIUM (Noun, Plural: Craniums or Crania)

* The hard bone case that gives an animal's or a human's head its shape and protects the brain.