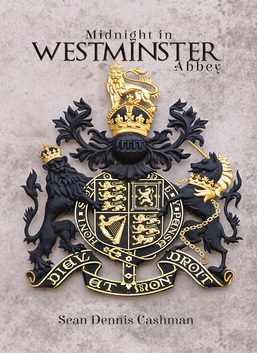 The English kings who rise from their graves in Westminster Abbey on All Souls' Eve are in a terrible fix. They want visiting New Yorker Charlie Chancer to use his special IT skills to steal abbey funds and send them off to queens who have already come to life and escaped the abbey.

Handsome commodities trader Charlie is also in a bind. He has whisked his young son, Georgie, away to London (amid a bitter custody battle with his ex-wife) to join his teenage daughter, Ginny, who is on a student exchange.

But what are the kings to do with these visitors who have seen their dazzling coronation ceremony and their daring TV games? Kill them or free them when they may tell what they have seen?