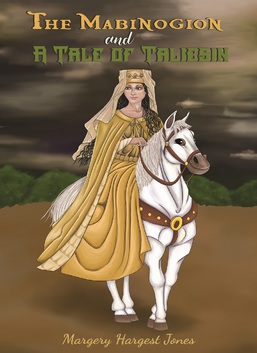 The Mabinogion is a collection of medieval folktales. First written down in the thirteenth or fourteenth century, the Red Book of Hergest is now housed in the library of Jesus College, Oxford. It was first translated into English by an English woman named Lady Charlotte Guest (1812-1895) and first published in 1849.

Margery Hargest Jones endeavoured to translate it into more modern English so that it would be easier to understand while retaining the medieval sense of mystery.

The twelve stories deal with medieval themes of magic, enchantment and the 'Otherworld'. It takes place in Wales when Arthur was king before the days of Camelot.

The Taliesin adaptation was not written until the sixteenth century, but it is included here because Lady Charlotte included it in her book of The Mabinogion.